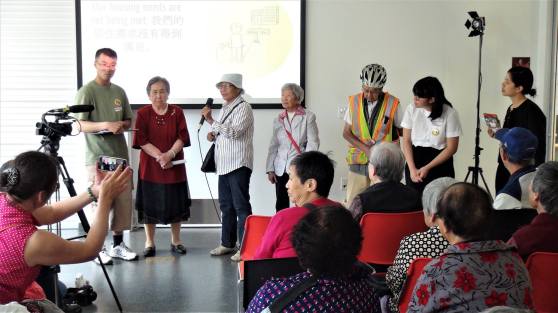 In September, Vancouver City Council will consider the CRAP, a new zoning plan for Chinatown that will let developers build more expensive condos up to 90 feet tall in Chinatown without including any social housing. If it passes, more gentrifying projects like 105 Keefer will take over Chinatown and inevitably raise rents and the cost of living for low-income residents.

Instead, the community is proposing the People’s Vision for Chinatown, a strategy for the social and economic development of the community. From 2015 to 2017, 500 Chinatown residents, businesses, and community members shared their vision of the community through surveys, interviews, and facilitated “tea time” discussions. The top issues community members are concerned with are: increased cost of living, unaffordable housing, social isolation, safety, political marginalization, and racism.

The People’s Vision proposes bold solutions to tackle these issues. For example, they would like to see new, purpose built rental housing for working-class families and independent seniors.

The two organizations have created a petition calling on City Council to cut the CRAP, put a pause on new market-rate developments in Chinatown until the number of social housing units match, and ensure 50% of all new residential housing to be social housing at welfare and pension rates. Click here to sign the petition.

Read the report by visiting chinatownaction.org or download the PDF by clicking here.

Chinatown Action Group is a collective of people of Chinese descent fighting for social justice in Chinatown and building a progressive left voice within the Chinese community.

Chinatown Concern Group is an organization of Chinese residents in Chinatown and the Downtown Eastside working to address neighbourhood issues. CCG is supported by the Carnegie Community Centre Association.