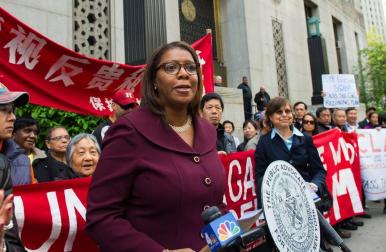 Public Advocate Letitia James attended a protest against landlord Joseph Betesh with his tenants on Tuesday.

A tentative deal reached Tuesday will spare 27 low-income immigrant families in two Chinatown buildings from eviction, the Daily News has learned.The settlement between residents of 83 and 85 Bowery and buildings owner Joseph Betesh revolves an angry and escalating dispute over the properties.

A source said the details should be finalized before a scheduled June 15 court hearing.

The two sides found common ground at a Tuesday court session that followed a protest outside the state Supreme Court building on Centre St.

Under the deal, the tenants will receive long-term leases and the apartments will remain rent-stabilized, the source told The News. 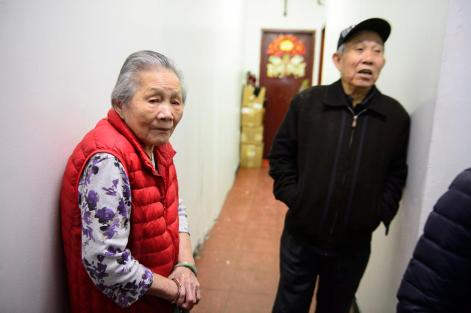 Residents will also be temporarily relocated during renovations in the two buildings — and receive a housing stipend to help cover any increased costs.

Building residents, joined by elected officials and housing advocates, protested Tuesday morning against Betesh before both sides went into court.

Public Advocate Letitia James was among the loudest voices accusing Betesh of trying to turn a quick buck at the cost of his current tenants.

“We are here today to tell Joe Betesh you cannot evict tenants in New York City just to make a profit,” James said before a crowd of about 50 demonstrators.

“It is illegal,” James continued. “Mr. Betesh sees only a community that is changing rapidly, and he only sees how much profit he can make evicting these families.” 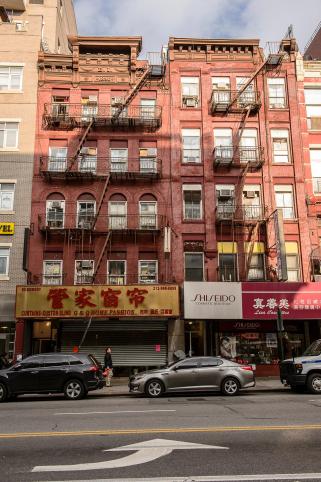 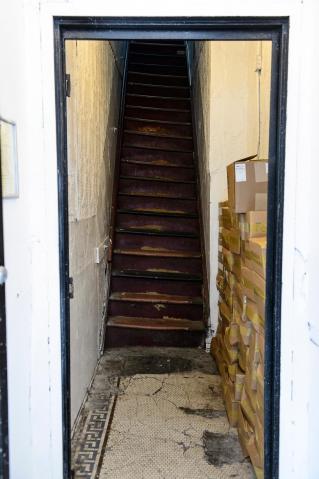 James served as co-counsel for the tenants when they appeared in court.

Rep. Nydia Velazquez (D-Brooklyn) joined the demonstrators before the hearing.

“We have seen these tactics before,” said Velazquez. “They want to push these tenants out, jack up the rent, and make a quick buck — all at the tenants’ expense.”

Betesh’s attorney has insisted the renovation work planned by the owner cannot be done with the residents still in the building.

Shuqing Wang, 42, a three-year resident of 83 Bowery, said her family only wanted to stay in the neighborhood where they had become comfortable.

“I want to win the case and not move,” said Wang, who lives with her husband and their two children. “My kids go to school here, my husband works here. We want to stay here.”