A Chinatown supermarket grocer looks on as a man in a tattered navy hoodie, heavily stained blue jeans and holed sneakers limps onto the edge of the shop’s parking lot. Upon making eye contact with the shop owner, the hooded man gingerly pinches a bent cigarette from behind his ear, lays it between his chapped lips, then turns around and waddles away.

“You see, these people are harmless,” Phong Luu, the owner of Kim Fat Market Ltd on 99 St and 107 Ave, says, as he points at the man. “They’re fine people, but they don’t have the necessities. Needles are on the streets everywhere, and other people are afraid of them.”

The sight is nothing new to Luu, who arrived in Canada 32 years ago on a boat from Vietnam with his parents at the age of two. Upon arrival in Edmonton’s Chinatown in the 1970s, his parents worked as dishwashers before they were able to save enough money to open the original Kim Fat Market Ltd on 97 St. With the reins of the family business, Luu moved the supermarket to it’s new, more spacious location on 99 St in 2009. 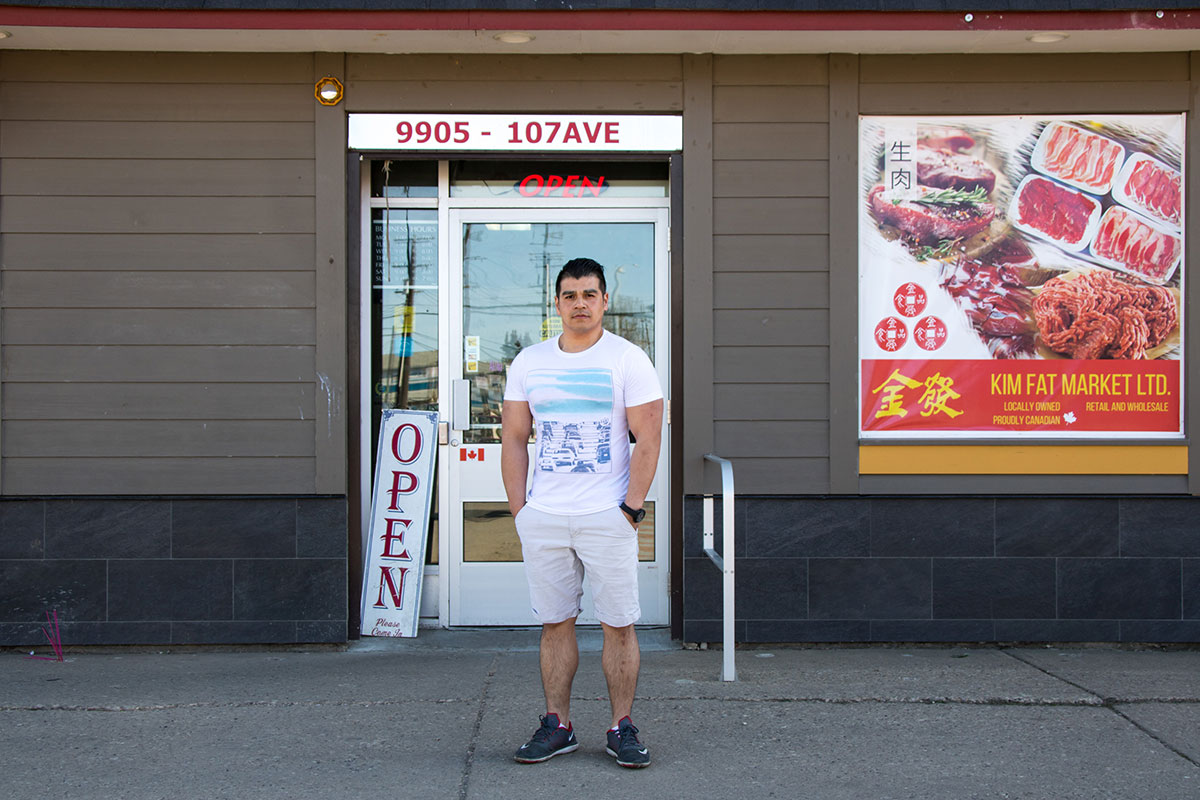 He could have relocated the expanded supermarket to the south or west end of the city seven years ago, thus avoiding the homeless problem and crime in the area, Luu says. But everything he has today, he attributes to the community. He wanted to give back, and stay in Chinatown.

“This is like my family here,” Luu says, gesturing his sweeping hand towards the greater Chinatown area. “When something happens, you don’t just pick up your stuff and leave. You try and fix it.

“I believe in this community. And that’s why I’m still here.”

But he knows many others don’t feel the same way.

The possible revitalization of Chinatown has been a highly debated topic between Chinese community stakeholders and the City for the last five years. With Edmonton’s Ice District to be completed in the fall, the downtown core is expected to experience a new sense of vibrancy with the arrival of Rogers Place and it’s surrounding area. The reality is that Edmonton is growing, and Chinatown, just due north, doesn’t want to be neglected.

Luu crosses the Kim Fat parking lot and points up towards “Bridge to the Wall,” a mural painted by artist Kevin Friesen on the side of the market. It meticulously details a fantasy, which combines the Great Wall of China and Edmonton’s Chinese Garden in Louise McKinney Park, with the river valley drifting between them.

“This is us,” he says, as the portrait was spurred by his personal connection between his ancestral roots and Edmonton’s Chinatown. 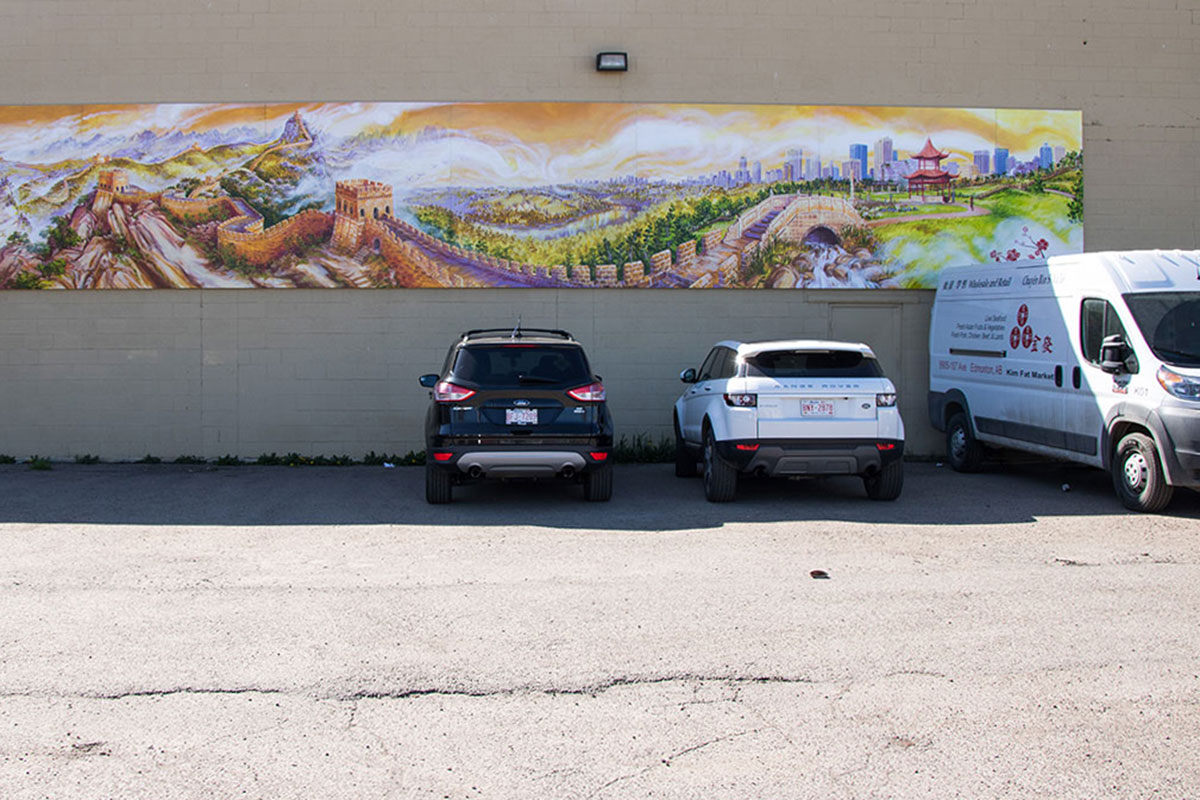 It’s a vivid representation of his story and vision for continual growth in the city, as many, like Luu, moved to Canada from Asia to start new lives.

Unlike Luu, a personal connection to Chinatown wasn’t immediately apparent to Claudia Wong-Rusnak when she moved to the Edmonton.

Wong-Rusnak was raised in Regina. Her father, upon graduation from Queen’s University in the 70s, moved his family to Saskatchewan for work. His entire family followed him to Regina, except his mother, who decided to relocate to Edmonton. Unlike Regina, Edmonton housed a Chinatown. Wong-Rusnak and her family would visit Edmonton and her grandmother bi-annually, and walk down 97 St to visit the markets, restaurants and various Chinese medicine shops. Chinatown was nothing more than an area to visit for Wong-Rusnak, and a place for her parents to stock up on barbecued duck and “weird dried foods” while with her grandmother. Wong-Rusnak eventually moved to Edmonton herself in 2007 to undertake a planning position with the City, but even then, still didn’t feel a direct connection to Chinatown.

Just last year, Wong-Rusnak’s grandmother died due to her deteriorating conditions. It was then that finally she realized her personal ties.

“I thought I had no connection to Chinatown personally,” Wong-Rusnak says. “Except when (my grandmother) passed away recently, I realized she was my connection. That was her hood, and (Chinatown) is where we stayed.”

Today, Wong-Rusnak works as a Strategic Planning and Research Advisor for the City of Edmonton. In June 2015, she was named Chinatown Project Manager for its Economic and Urban Interface Plan.

It’s not easy, she admits.

“City council says, ‘is Chinatown important to our city? What is Chinatown?’ …  I think it’s important, and we have a strong community and a good spine of activity,” Wong-Rusnak says, referring to previous council discussions for Chinatown’s revitalization. “They ask, ‘is there an importance?’ Yes, there is. People like cultural and interesting experiences. Our downtown is going through a significant transformation. The city you see here will be different in five years time.” 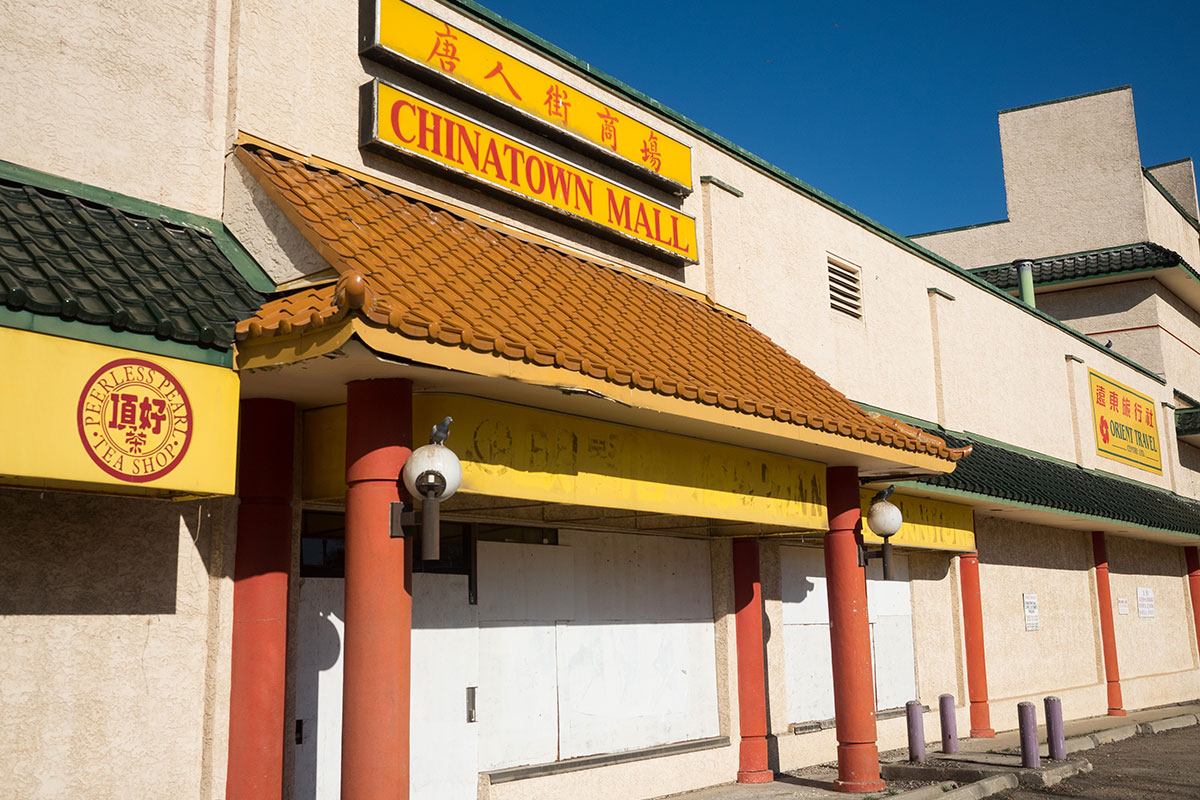 It’s now up to Wong-Rusnak to make sure Chinatown is part of that transformation.

Her strategic plan is divided into four phases. The first, and current, phase is the economic development plan. This phase aims to “identify viable opportunities” and “understand what makes a successful cultural destination,” while considering market economic and physical assessment, surveys, supply and demand analysis, and implementation including short, medium and long term strategies. Due in May, Wong-Rusnak will take her findings from the plan and initiate Phase 2, centered on economic programming. Phase 3 will entail the urban interface and design plan, and Phase 4 being the final presentation to City Council for approval. The final proposal in the ongoing project will conclude in June 2017.

While in Phase 1, Wong-Rusnak has been consulting with Chinatown’s restaurants and shop owners regarding their concerns. Among them are the plans for Harbin Gate and it’s handcrafted, sculpted lions with balls in its mouth for good luck. The historic gate on 97 St and 100 Ave, which was donated by Edmonton’s sister city from northeast China in 1987, will soon be moved to make way for LRT expansion, construction and alignment. Where and what will be done to the gate is yet to be determined, Wong-Rusnak says.

Another concern brought up by residents before any possible revitalization is the crime-ridden activity in the McCauley area.

“There are problems we don’t have answers to yet,” Wong-Rusnak says. “It’s a global downtown issue, and not just in that (Chinatown) neighbourhood.” 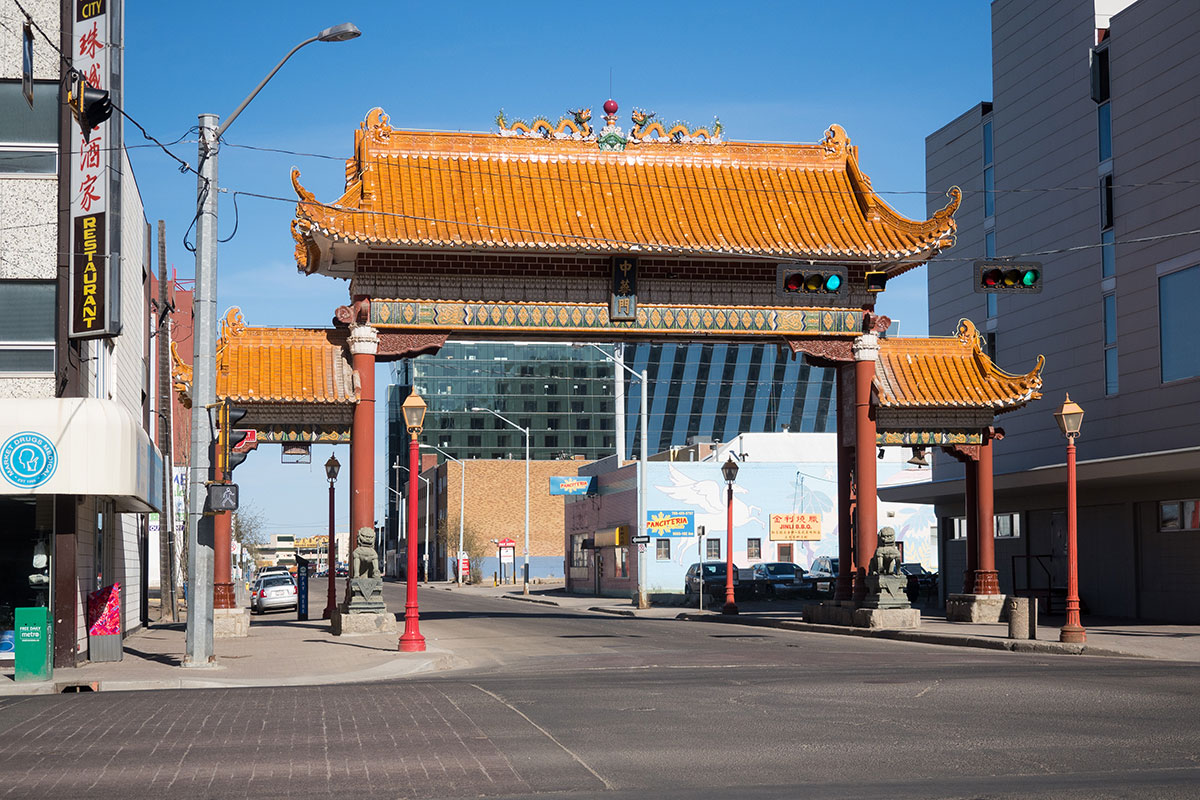 “It isn’t fair to the customer walking into a store, with a homeless man sleeping on the doorstep, which isn’t fair to the business owner who tries to keep customers happy,” Lee says. “And it especially isn’t fair for the homeless person who doesn’t have anywhere else to stay. That’s what we need to fix, that’s the priority.”

“You can build all those nice shiny things, but the first thing here is to slowly work with these agencies,” Phong Luu adds, referring to the Hope Mission and Boyle Street Community Services, which are situated in the Chinatown vicinity. “In order to bring more people from outside the inner city, we need to help these transients get help.”

With project planning, Wong-Rusnak knows there’s a level of expectation built from communities. Everyone wants something, because Chinatown is so traditionally fragmented due to it’s various cultural groups, everyone’s mandates and wants are different. But fundamentally, everyone has the same objective: make Chinatown vibrant again.

“When I look at the goal I’m trying to achieve, making Chinatown vibrant again, it doesn’t happen overnight,” Wong-Rusnak says. “I don’t think there’s one challenge. I see a lot of people who want to do something good.

“I don’t want to say what’s necessarily missing, but I think we can work together with what’s there and grow on that.” 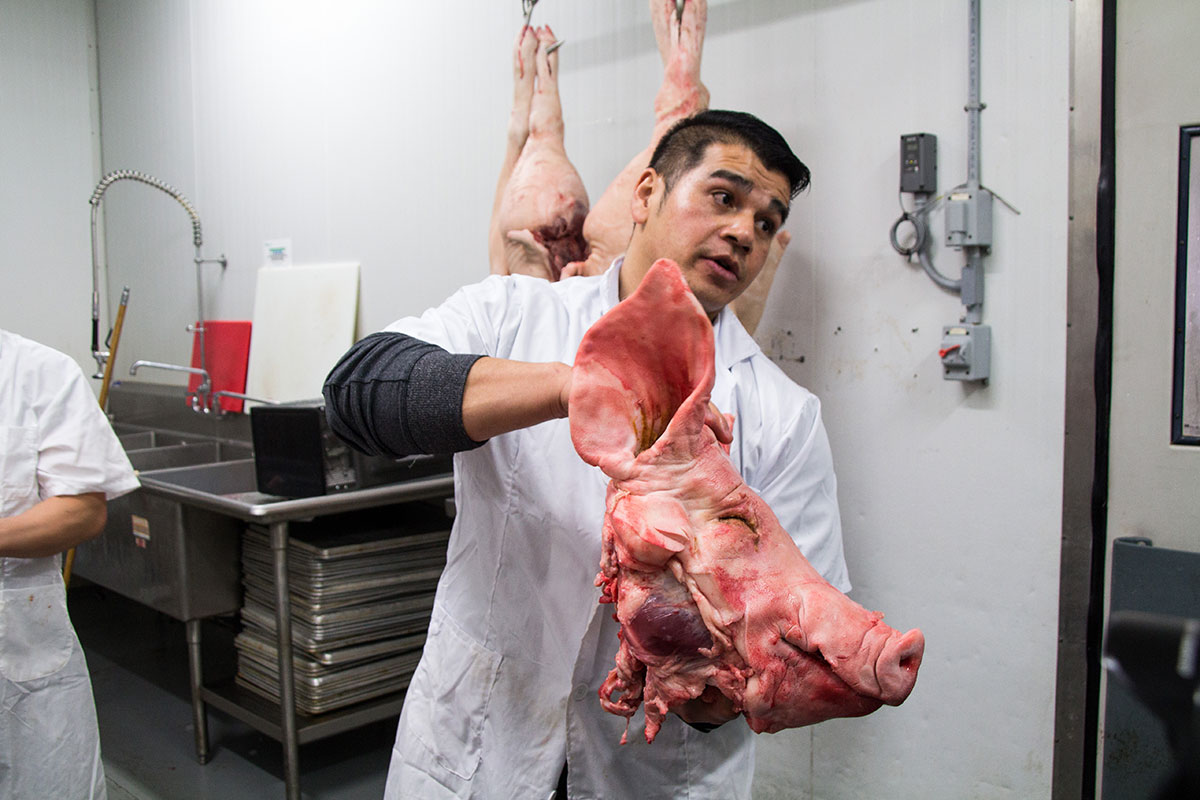 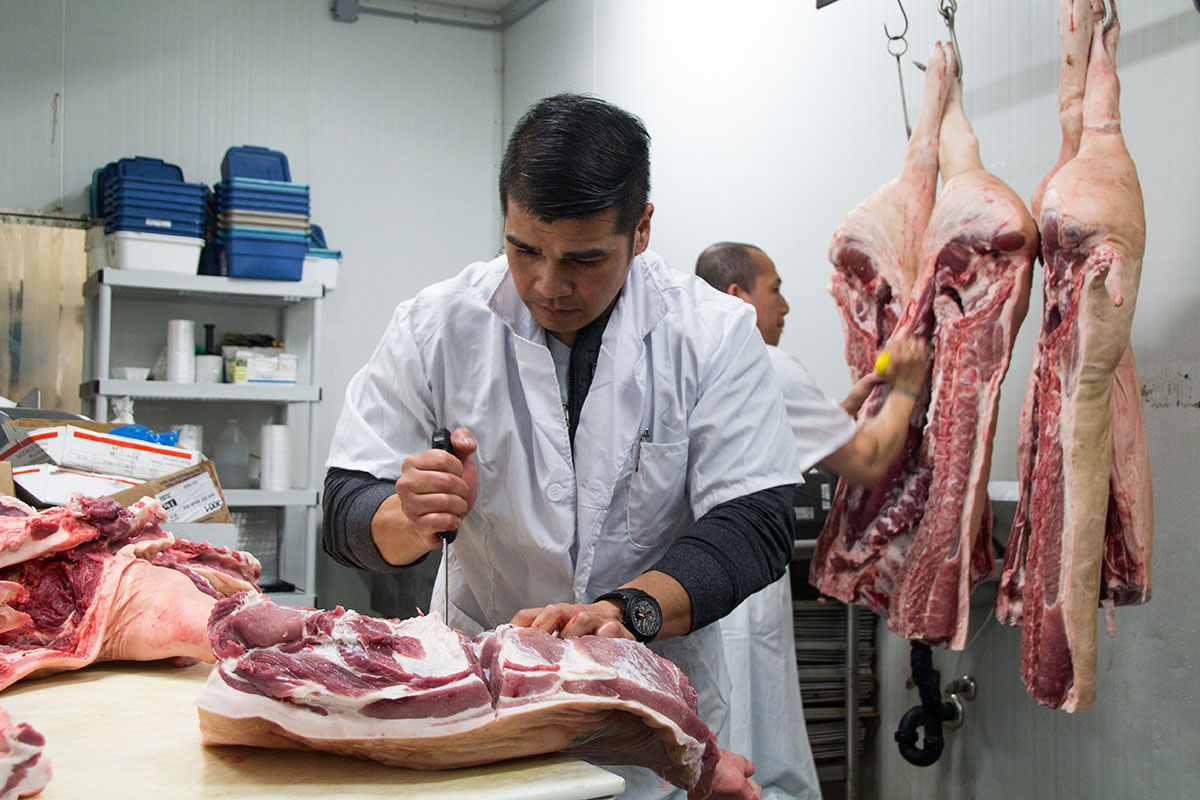 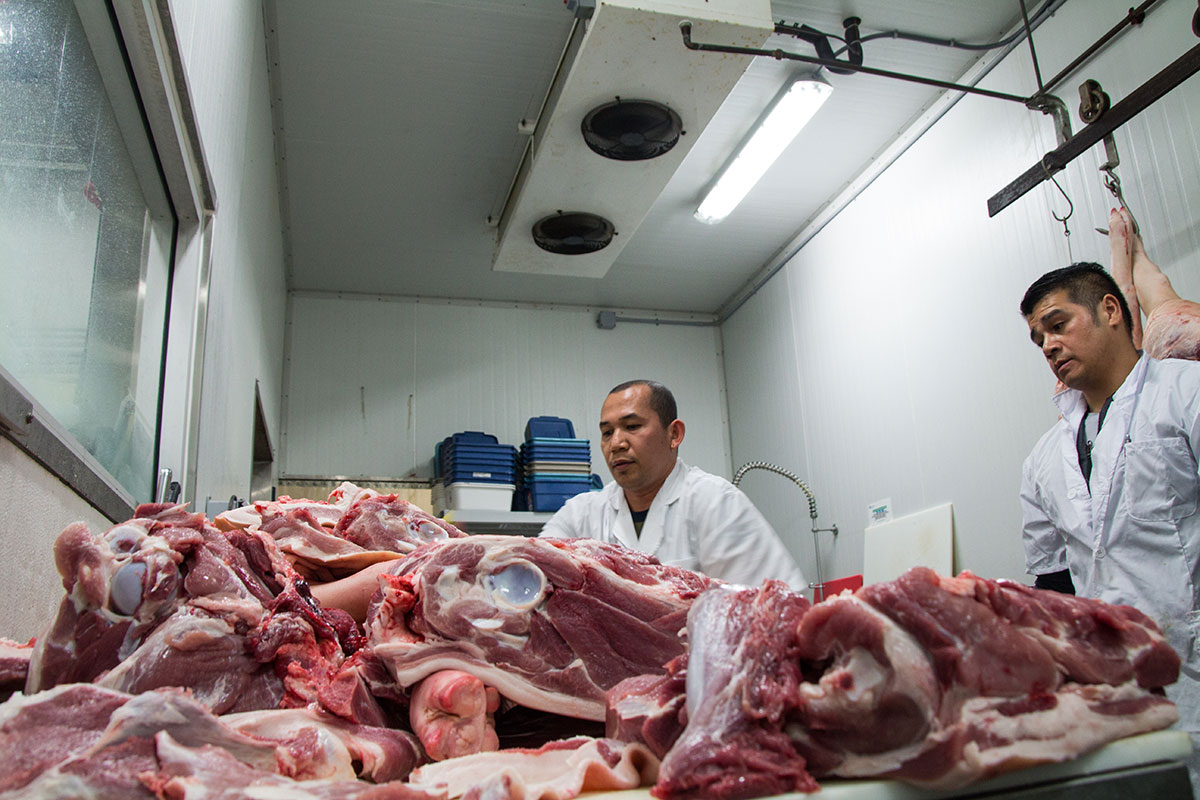 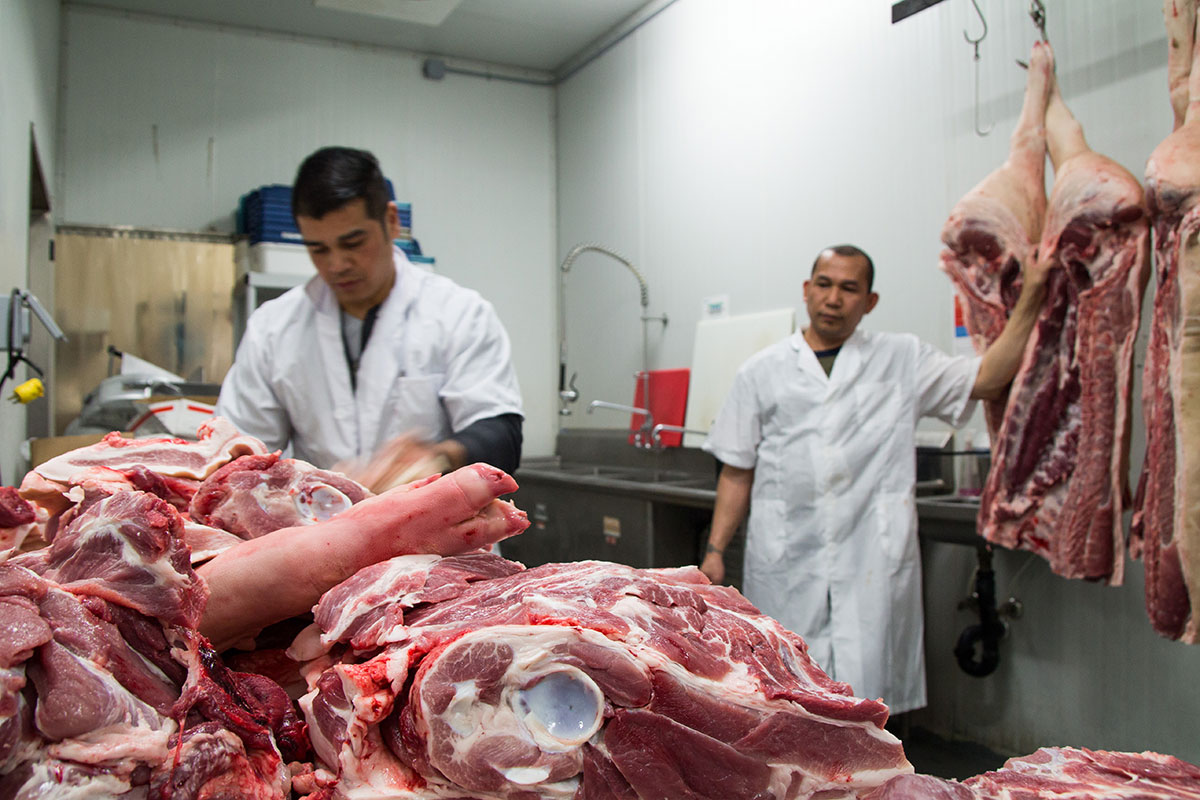