Chanel Ly is a Chinese Seniors Outreach Worker in the Downtown Eastside and connect seniors to support services. She helped organize UNTOLD STORIES: voices of Chinatown seniors, which was a public conversation covering how seniors in Chinatown are affected by the changing neighbourhood. Chanel moderated the conversation and illuminated how Chinese seniors are impacted socially, culturally, and economically. Schema’s coverage on the event can be read here. After the public conversation, I had the pleasure of interviewing Chanel.

AH: I love that we were able to hear from seniors directly. Was this the first event of its kind?

CL: Yeah, I guess we’ve heard from seniors in iterations. A lot of it was rallies on the streets to fight development in Chinatown. But this was the first time we were more intimately able to hear from the seniors. 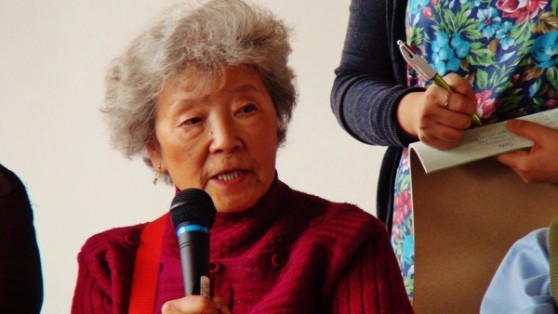 AH: Will events like this be held in the future?

CL: We don’t quite know yet, but there was such a high demand for this one and I think seniors’ voices do need to be heard in a continually changing Chinatown. I would love to organize something like this again.

AH: Is there a particular story that has moved you to action and involvement?

CL: I really loved Mrs. Ma’s story about finding someone who speaks her language here and how happy she was to be offered work or help. I can’t imagine how difficult it is to not know English and try to navigate this place, this country, this city. I was really inspired and it made me think about the importance of this neighbourhood existing.

AH: Do you have a personal connection to Chinatown?

CL: My parents came to Canada from Vietnam in the 80s. My dad was able to find work here and my parents met here. He worked in a meat shop along Pender. I would come here on the weekend with them to shop, and at first I didn’t really like it. I knew it was the gathering place for a lot of Chinese people. In recent years, I found myself coming back and reconnecting with my language, with my culture, with my elders.

CL: Definitely a thriving Chinatown. I would love Chinatown to be a low-income working class Chinese community where people can find refuge. You don’t even have to be Chinese, you can be an immigrant from somewhere else and come here and find safety and community here. I would love to see this place become more intergenerational. More youth and seniors using the spaces, connecting with the traditional businesses here and supporting them. I’d like to see community spaces where youth and seniors can do activities. A lot of the organizations here don’t really have space, so we need places where we can hold meetings and bring people together.

CL: I really want to welcome them if they’re respectful and accessible to the local community. If they’re respectful of the history here and it’s accessible to the low-income, to the Chinese seniors that live around here, that would be awesome. Maybe if a coffee shop could offer really cheap tea for seniors and make the space more welcoming. I also understand that running a business is hard and this is where there’s affordable rent versus other places in the city. We don’t see traditional businesses popping up here so it’s a tricky situation.

AH: In hearing from the seniors, I sense that there’s tension between homeless people and the Chinese seniors. Do you think government resources could help vulnerable populations other than the Chinese seniors and that would also benefit Chinatown?

CL: I think the first thing is committing to building social housing, low-income housing. Chinese seniors use it, non-Chinese people living in the Downtown Eastside need it. I think that’s the first step to living in a safe community, to get people on their feet. That’s where someone’s life can actually get better. I think there’s other programs like investing in the social services that are down here. More and more healthcare has been cut, welfare rates have not risen and the old age security has not risen, even though rent and the cost-of-living has shot up. Overall, higher income and better housing.

AH: A little bit of the tension, I think, was about Insite. Would it be better for Chinese seniors if it was moved elsewhere? And how can we encourage safe drug-use, while keeping Chinese seniors safe? (Some context: during the event, one senior had shared that since the establishment of Insite there were still issues of illegal drug use and purchasing in the area. He thought that Insite’s proximity to his clan building has led to vandalism, abuse, and break-ins.)

AH: There were a lot of organizations here today that are involved with Chinatown initiatives, is there an organization that focuses on building relations between the two populations?

CL: Besides the few of us here that have been trying to bridge the two, the only established one I know is the temple on Hastings, Lotus Light Charity. They do a lot of charity work with Downtown Eastside residents and are also interested in supporting Chinese seniors. 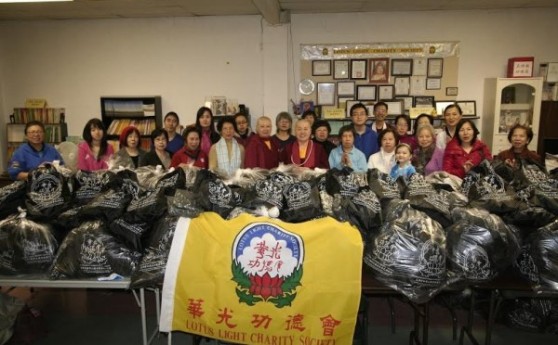 It’s such a tricky topic. The community’s quite divided. There’s people who blame the Downtown Eastside for the worsening of Chinatown and other people think it’s because there has been an intentional disinvestment in these neighbourhoods by the government, by big organizations, so that now there’s a lack of resources and lack of support.

AH: How can people help out amidst the changing landscape of Chinatown?

CL: As individuals, they can walk around and support the Chinese businesses that are around here. Go to a bakery or an herbal store and check things out. They have things like yummy candy and you don’t need to know how to use everything. I think there’s the simple action of researching the history of this neighbourhood and understanding, or coming down here and participating in the activities. I’m really starting to feel that connection to this place in a genuine way.

AH: Some of the programs in Chinatown seem to need bilingual people. What kind of involvement is there for those who only speak English?

CL: I think the Youth Collaborative for Chinatown, you don’t need to know Chinese to play Mahjong. Hua foundationalso operates in mostly English as well, so if people are interested in food security that would be a good place to go. You can sign the 105 Keefer petition online and it sends an e-mail to all the Councillors. We want to ensure that there’s 100% social seniors housing and that there’s community space there.

Actually it’s only a few organizations where you do need to know Chinese quite well like my group or the Chinatown Concern Group when you’re directly working with the seniors.

CL: To me, it’s the familiarity. It feels like home, I know where to go for good buns and I walk around and see seniors and say ‘hi’ to them. There’s a sense of community. It’s a way to connect to my culture and practice my language. So many people see Chinatowns around the world as tourist spots, but from my experience, the Chinatown here is depended on by the local residents. Without this Chinatown, I don’t know how the local residents will survive without cheap food, without their doctors, pharmacies, banks. They don’t need to leave the neighbourhood and it’s important for the seniors that everything is accessible. Their livelihood depends on Chinatown staying alive. 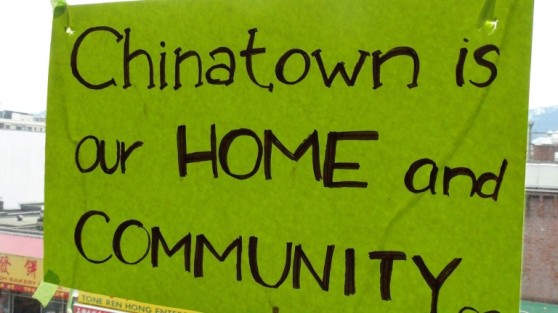